Tom Hansell is a documentary filmmaker, author, and artist who lives and works in the Appalachian Mountains in the southeastern United States. Hansell teaches Appalachian studies and documentary studies at Appalachian State University in Boone, North Carolina, and has twenty years experience at the Appalshop media arts center working with students and adults to create media about their communities. Hansell has taught community video workshops in throughout the United States as well as in China and Indonesia.

Hansell’s documentary work has been broadcast nationally on public television and has screened at international film festivals. He is the recipient of grants and fellowships from the Kentucky Arts Council, the Rockefeller Foundation, and the National Endowment for the Arts.  His breakout documentary Coal Bucket Outlaw was funded by the Independent Television Service and received US national broadcast. His 2010 documentary The Electricity Fairy screened at the Museum of Modern Art in New York and was selected by the Southern Arts Association for the Southern Circuit tour of independent filmmakers.

Hansell's most recent documentary After Coal: Welsh and Appalachian Mining Communities  explores how two former coal communities are building on the past to create a new future.  After Coal had its UK premiere at the 2016 Hay Festival in Wales and has screened at film festivals and theaters throughout the United States.  A companion book, After Coal: Stories of Survival in Appalachia and Wales (West Virginia University Press 2018), accompanies the documentary. 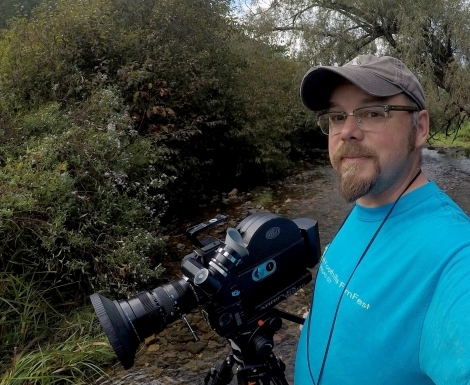